Hawaii with a Toddler, Part 6 - The End

It was time to head tword home, and it was going to be a LONG day of travel.  And it started EARLY!  Our flight was at 8:15ish am, and wanting to get there early, our day started PRE dawn.  We loaded the car, loaded the sleepy B, and headed tword the Airport.

IF you want details about flying with a toddler, check out the posts about that here:
Flying with a Toddler
Without those details, the Airport was boring, we had a little breakfast and watched the sun rise and then flew back to Honolulu.  We had all day in Honolulu to relax as our flight to Chicago was not until the evening.  I will note here, Hawaiian Airlines was a great way to fly.  Every steward or stewardess we had were polite, friendly, and helpful!  Not to mention that the fruit juice they had out was enjoyed by B! 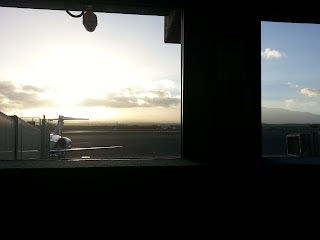 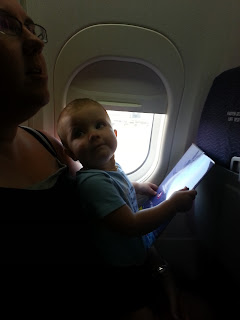 Our first stop back in Hawaii was the Children's Discovery Center.  This was a fun place with B sized things to do!  This gave B a chance to run around and do whatever he wanted. 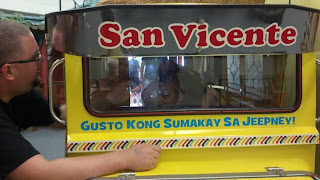 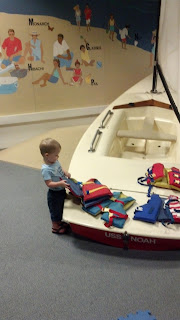 In my opinion, it was a little expensive, but I think worth the price for the little guy to get some time for him to just have fun.  There were lots of exhibits including things to climb/play on.. a train table, a huge bubble machine, lots of gears and buttons, and doors, and things to move and push.  He had a great time!
After this was a quick stop to get lunch 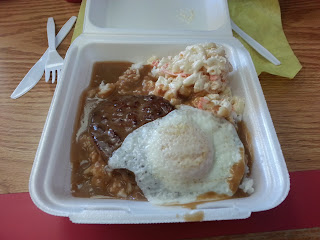 (I had loco moco for the last time :( ) and to call my Mom and Dad to ask some direction for our next adventure...

Both of my parents were in the Air Force when my sister and I were born.  In fact, my sister was born IN Hawaii when my parents were stationed at Hickam AFB.  So, we decided to see if we could find the old house we lived in.  Both Mom and Dad were able to remember what street it was, but neither could remember a house number.  Well, with help of descriptions of the house, and the road around it, we FOUND the house.  It took texting pictures, but we found it! 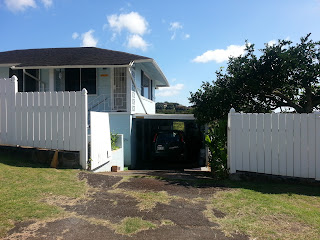 It was really neat to connect with a part of my life SOOO Long ago.

After seeing the house, we took our rental and pointed it tword the coast.  We traveled west out of Honolulu and drove along the coast... this was an AMAZING drive! (our route) 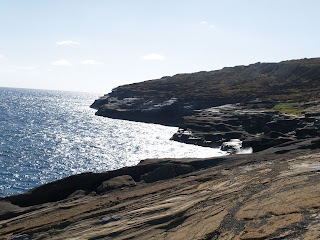 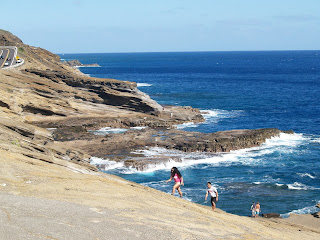 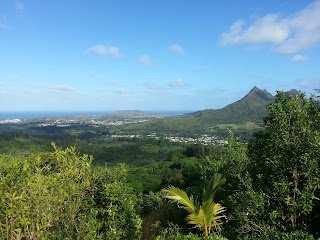 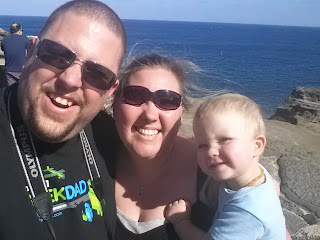 We ended our drive back at the International Market in Waikiki to do some last-minute shopping.  N found her pendant, we got T-Shirts for a few people, and a snack for all of us.  Then headed to the Airport

This was the only time we felt rushed at an airport the entire trip.... we made it to the gate JUST as they were loading the plane.  This was a direct, overnight flight back to Chicago.  It was a HUGE plane (777).  We settled in and started our trip away from the Islands.


Bracing for Cold in Chicago

When we left Honolulu, it had been in the low 80s, and high 70s after dark just before we left.  When we landed in Chicago, it was -5 degrees.... BELOW ZERO!!! BRRRRRRRR  I was so not prepared for that difference, and even the Van didn't want to start after sitting for 11 days.  It was good to be done traveling but I wanted to go back!!

That's the end of our Adventure traveling to Hawaii with a Toddler.  As I'm writing this, its the middle of July, life is the same-old-day-to-day, and I TREASURE the memories we created in Hawaii.   I would not hesitate for a second to do it again, or to recommend a trip just like this to anyone!
Since Hawaii, we did make a trip to Norfolk, VA, and we do still have the Cruise in September, so you can look forward to tips and blog posts about those adventures.

There will be more blog posts, but they will be for specific things.  For example, I'm planning a Review of the Ritz in more detail, a "Tips for Toddlers in Hawaii" post, a BEST OF Pictures post, and a Toddler Gear post.

In terms of our Traveled Toddler in Hawaii, this is the end!
Posted by Gelfing at 9:45 AM